Download the CakMobl. App (Android/iOS) to get the mixtape free complete with extras for fans including bonus music from Cak & other We Build Hits artists, videos, a web series (sponsored by Jimmy Jazz and The Urban Daily), Cak's Sketchbook, It's own social network, & digital lyric sheets & linear notes allowing members to… New Music: Killa B "Give Em The Rico" Killa B is back at it again, this time teaming up with Supakidz DJ Rico Banks. "Give Em The Rico" is a mixture of previously released material from Air Slim and Killa B's "Killa Air: Fly Enough To Die," "Kill or Be Killed," "Kill or Be Killed 2," as well as unreleased new tracks from Killa B. Follow Killa B and DJ Rico Banks on Twitter @Killab601 @ricobanksupakid. Check… Doe Hicks releases his brand new single “Phresh Walk,” from his latest project Black Jesus. The single is a certified banger and features production by Yung C. With his songs “No Booty Pads,” “I Look Good’ ft Luck, Savvy and David Banner, & a verse on Hollywood Luck’s new single “Dance In It” buzzing, the timing for this release… 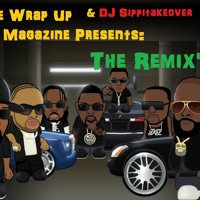 Mississippi/ Ohio rap artist Gansta Marcus his us with his second new joint of the week titled "King Of Tha Bean". This is a remake of Tupac Amaru's "Shed So Many Tears". Thanks…

The Wait is Officially OVER Message In a Bottle by Imperator

We have a few official CVE blogs where you can download free cutz and buy classic and new CDs from CVE mail-order...directly from the source!  Hit us up!