Hip hop is more than music; it’s a cultural movement that incorporates different elements of art. Before there was Lil Yachty, Young M.I.A., or YNW Melly, there was a world of hip hop artist who's name rain supreme even still today.

Back when music was real, artist had the opportunity to shine in their own distinctive way. Rap is one of the most distinctive features of hip-hop. Rappers use rhythm, lyrics, and vocal tone to express themselves. The best rappers are distinguished by their “flow” – the way the words run together without the performer getting tongue-tied.

Take this journey with me into the world of hip hop as we define all the odds to our culture. Note: When I mention hip hop, I don't mean rap music. They do not fit into the same category as each other.


While often used to refer to rapping, “hip hop” more properly denotes the practice of the entire subculture. The term hip hop music is sometimes used synonymously with the term rap music, though rapping is not a required component of hip hop music; the genre may also incorporate other elements of hip hop culture, including DJing, turntablism, and scratching, beatboxing, and instrumental tracks. 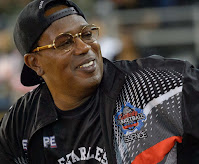 Have to give credit were its due. Master P took advantage of music marketing during his time. Every time you pick up a tape in the stores, inside the cover had 6 more albums coming out!
Before we get into all that, let take a look back to what came into play before the big change in hip hop culture.
What kicked all this off was pioneers like DJ Kool Herc, Jam Master Jay, Grand Master Flash, and Afrika Bambaataa. Doors were wide open for artist like Kurtis Blow, Run D.M.C., Doug E. Fresh, Slick Rick, and many more to shine.
The hip hop culture would slowly begin to progress and change into different sounds and styles. Hip hop after that will define itself in a new way.

Hip hop had a little more of a aggressive approach during the early 90's. Rap groups were crossing over into making a mixture with hip hop groups like Wu-Tang Clan, Kriss Kross, and solo acts such as Nas, Ice Cube, Will Smith, and L.L. Cool J.
The world of hip hop was changing rapidly. Hip hop had a face and a name to represent. New faces began to pop up such as Tupac and Biggie who would lead hip hop into its next generation of sound.
By the mid to late 90's, beef in the music industry was stirring up. With the death of Tupac and Biggie, doors were wide open for the next one in line to step up to the plate.

During that time, hip hop magazines were at there prime. Many fans received their music news from sources like Vibe or Source Magazines. Black entrepreneurs were also launching clothing brands for urban America such as Sean Jean, Pelle Pelle, Karl Kani, Southpole, and Phat Pharm.
In the West Coast hip hop style, G-funk dominated mainstream hip hop for several years during the 1990s. East Coast hip hop in the early to mid 1990s was dominated by the Afrocentric jazz rap and alternative hip hop of the Native Tongues posse as well as the hardcore rap of artists such as Nas, Wu-Tang Clan, and Notorious B.I.G..
In the 1990s, hip hop began to diversify with other regional styles emerging on the national scene, such as Southern rap and Atlanta hip hop. At the same time, hip hop continued to be assimilated into other genres of popular music, an example being Neo soul. Hip hop became a best-selling music genre in the mid-1990s and the top selling music genre by 1999. The popularity of hip hop music continued through the 2000s, with hip hop influences also increasingly finding their way into mainstream pop. The United States also saw the success of styles such as crunk, a music that emphasized the beats and music more than the lyrics. Starting in 2005, sales of hip hop music in the United States began to severely wane. During the mid-2000s that alternative hip hop secured a place within the mainstream, due in part to the crossover success of artists such as OutKast and Kanye West.

The music industry was about to change in a major way once No Limit Records, Ruff Ryders, and Cash Money hit the scene. They introduced the life of a "Stunner" and how to be "Bout It Bout It."
These companies also opened doors for more music acts to take place. They would control hip hop and bring us into the year 2000 and beyond.

Although the two record companies would continue to make music, rap was slowly being stripped from mainstream entertainment. Artist like Ja Rule, Eminem, and Nelly brought a style of flavor that took storm on radio stations and beyond.
Mixing hip hop with R&B with a swag music fans embraced. Dr. Dre, rapper Snoop Dogg and their pioneering G-funk sound, gangsta rap had taken the rap genre's lead and become mainstream, popular music, but now things were changing.

Rap was about to make its comeback into hip hop. New York and Texas was pumping rappers left to right. Jay-Z was there the whole time, but now new faces such as 50 Cent, Mike Jones, Missy Elliott, Kanye West, The Neptunes and Slim Thug was creeping into the industry.
Now that's a lot of artist in the spotlight at one time. Everybody was on the forefront. Hip-hop had replicated around the globe like a virus, implanting its beats and rhymes in the minds of young people from Nigeria, Japan to France.
Hip-hop is a democratic art form. With some simple recording equipment, or even just a computer, any kid in the world can make a hip-hop song. The world began to learn that.
New York, the birthplace of hip-hop, has never been so irrelevant. The genre now belongs to the South, with rappers from the large, diverse scenes in Atlanta and Houston dominating the charts. Sure, New York's 50 Cent had produced megahits and the Big Apple had plenty of talent, such as Cam'ron's Diplomats.
Related Articles:
The Evolution Of Gangster Rap
Why New York Has Always Been Ground Breaking