OG Good Lifer Cut Chemist featured in LA WEEKLY, in a great interview about his influences and his new project called "Sound of the Police."

New hip hop doc from director of THIS IS THE LIFE Check the buzz on THIS IS THE LIFE director Ava DuVernay's latest hip hop doc -- the critically-acclaimed film on female emcees, MY MIC SOUNDS…

Self-Jupiter of Freestyle Fellowship featured in LA TIMES, candidly discussing his past, present and future.

THIS IS THE LIFE on HULU!

THIS IS THE LIFE is now streaming on HULU.com. Yep, that means FREE, homie! Watch the award-winning doc on The Good Life Emcees streaming w/ commercials on HULU. You can still buy the full DVD w/ 70 mins of bonus features here or via Netflix. You can still download to your IPod on ITunes. But…

THIS IS THE LIFE has been nominated for the Black Reel Award for Best Independent Documentary of 2009. This Washington-DC based critics group announces its winners in mid-Feb 2010. We're just happy to be in the mix. We want more and more folks to know about the Good Life legacy, the music and the artists. Spread love - its the Good Life way.

On November 5, THIS IS THE LIFE made its U.K. debut at the renowned arts gallery and cinema, Arnolfini. Thanks to our pal across the pond, Matt "Awkward" Fryer for making it happen, plus Alastair Cameron of Arnolfini. Check out the post-screening performances here. Keep spreadin' that Good Life Love! 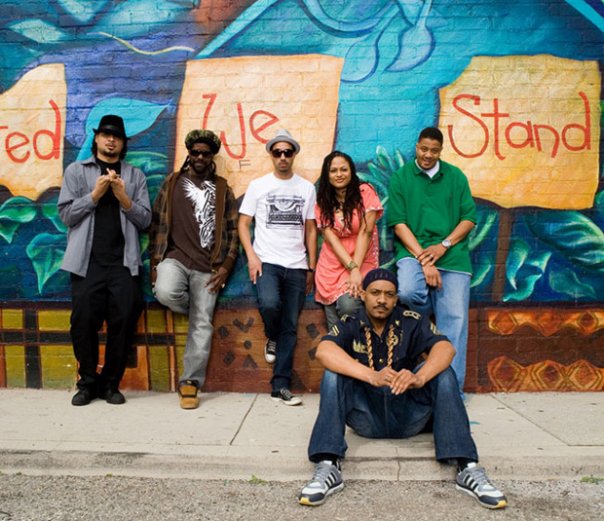 A few Original Lifers gathered in Leimert Park to talk to URB Magazine about The Good Life legacy, their fellow artists and the feature documentary, THIS IS THE LIFE. The issue is now on newsstands in the Fall 2009 issue. Check it out.

LA WEEKLY PRAISES " THIS IS THE LIFE"

'"This Is the Life" vaults into the upper echelons of must-see hip-hop documentaries: It’s smart, informative, and hugely important historically," proclaims Ernest Hardy.

Jon Carmanica of NY Times writes, "...the archive footage capturing the astonishingly technical raps of Ellay Khule or the melodic abstractions of Myka Nyne is gripping."